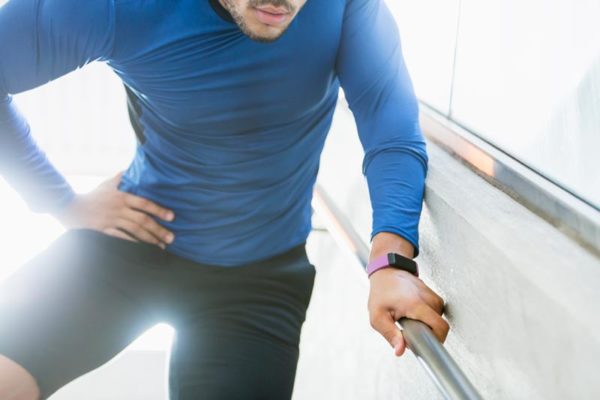 FAI stands for Femeroa Acetabular Impingement. Explained simply – the femur (ball) and the acetabulum (socket) are jamming into each other with some movements (impingining).

The hip is a “ball and socket” joint, formed by the ball shaped femoral head and the cup shaped acetabulum socket. The femoral head usually fits perfectly into the acetabulum and due to the protectivearticular cartilage the covers each of the bony surfaces, the femoral head is able to glide smoothly inside the socket as the leg moves through a wide range of motion.

When the femoral head or acetabulum structures are abnormal or irregular, femoroacetabular impingement (FAI) may develop as the bones catch or abut on each other when the hip joint moves. There are 2 types of FAI:

It is also possible to have combined impingement which is a combination of the above 2 types.

Symptoms of FAI might include pain, usually in the groin (but not always) as well as joint stiffness. You might notice that there is only pain with certain movements (such as squatting) or it may be persistent regardless of activity.

Your surgeon will spend time speaking with you and then perform an examination of your hips. If your surgeon believes you might be experiencing FAI, he may request x-rays or a scan to confirm the diagnosis. It can sometimes be useful for your surgeon to inject local anaesthetic inside the hip joint to see if this is able to temporarily relieve your pain, which supports the diagnosis of FAI.

Non-surgical treatment options for FAI may include:

Your surgeon may recommend an operation if you: