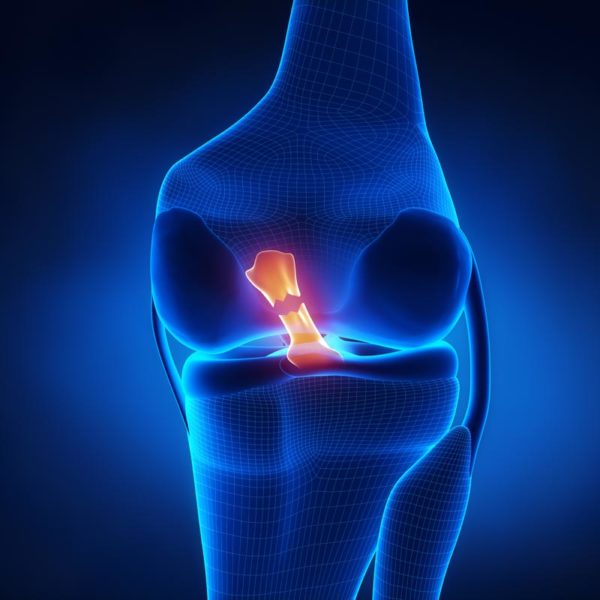 The anterior cruciate ligament (ACL) is one of the two rope-like structures that cross over each other to anchor the femur (thigh bone) to the tibia (shin bone). They work together to prevent the two bones moving front-to-back as the knee bends, straightens and pivots.

Damage to this important structure is a common injury to the knee and often occurs when there is a sudden slowing down or change of direction. This might lead to stretching or partial tearing of the ligament (sometimes referred to as a sprain) or the ligament may tear completely. An ACL injury is painful and causes rapid swelling in the knee and may lead to ongoing problems with pain and instability with movement. People with an ACL injury may also be at a higher risk of developing arthritis.

Your surgeon will often be able to tell if you have an ACL injury by speaking with you and doing an examination of your knee. The diagnosis is then usually confirmed with another investigation, such as an MRI scan.

If the ACL has ruptured people often feel the knee is unstable. It will sometimes give out when the patient tries to turn on the leg.

Treatment of an ACL injury depends on a number of factors, including the type of injury sustained and the symptoms experienced. Non-surgical treatments might include: